It was a banner weekend for the Lakes Girls Track & Field team. The Eagles had 5 entries and 3 athletes coming into competition on Thursday. They left Charleston with two All State athletes and a tie for 39th. All three Eagles laid the foundation for future success. Their accomplishments are only the beginning for a young, up and coming program.
Senior Toyin Jackson started the weekend competing in her second state finals, this time in the Long Jump. The veteran put together the best jump sequence of her career. While her first attempt was a scratch by a toe, Coach Stocker was confident that she hit an all time best. Not to be deterred, she came right back with a 16'11.5" jump before unleashing one of her best with a 17'2" mark. While not good enough to make finals, the senior captain surpassed 11 other jumpers for a top 20 finish in the state Long Jump. Jackson leaves Lakes as a two time state qualifier and the Triple Jump school record holder. 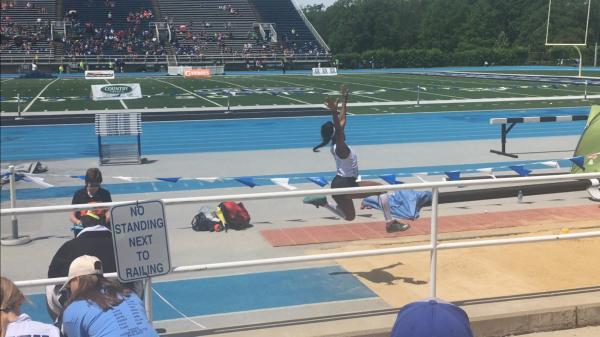 Taking a que from their captain, Taylor Tilmon and Olivia Schmitt lit up the Track. Tilmon, a qualifier in 3 events, set two personal bests on Friday in the 100 and the 400. Tilmon's time in the 100 (12.29) is the 2nd best mark in program history. She won her heat of the 400 in 57.43, breaking Brittani Griesbaum's school record set in 2013. Although tired from two personal bests, Tilmon was determined to go after another fast time in the 200. The junior ran 25.50, which is her 2nd best mark in the event. Taylor was ready to tear up the track on Saturday. In the 400 final, Tilmon ran her second fastest time ever (57.83), although she had to work to do it. The junior found herself in last at the final turn, but put on the after burners to secure an All State finish in 7th! Using a long, powerful stride, Tilmon showed a lot of heart to run down her opponents. While she was happy with the performance, she left Charleston hungry for more. 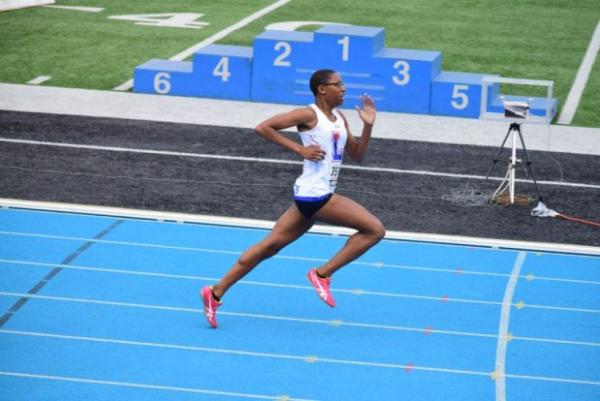 Olivia Schmitt was one of four freshmen to qualify in the 800m run. Showing both poise and determination, the youngster secured a berth in the 800 final with a furious kick in the last 70 meters. Coming from way back to take 3rd in her heat; she would not be denied her spot in the final on Saturday. In doing so, she set a personal best of 2:16.23. Coming into the final, the youngster was ranked 10th based on season best times. Although this was her first time racing on the elite high school stage, Olivia kept her composure and waited for her moment. Executing her race plan to perfection, she maintained contact with the pack after a fast first lap. Heading into the second 400, she found herself pushed to the back in last (12th). Earlier than normal, she began to build up her kick. Passing other athletes as she entered the final 200, she suddenly found herself in a footrace to the line. While others may have had a head start, Olivia unleashed a furious kick; storming to the line in 6th. Upon further review, she was only .01 from 5th and .6 from 3rd. The freshman wore an expression of pure joy after the accomplishment had set in. What an awesome start to a career for the young eagle! 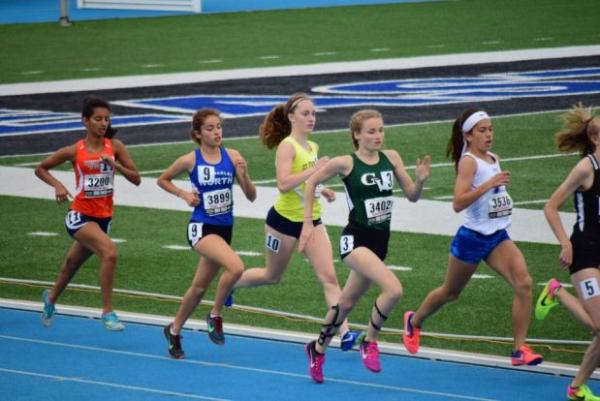